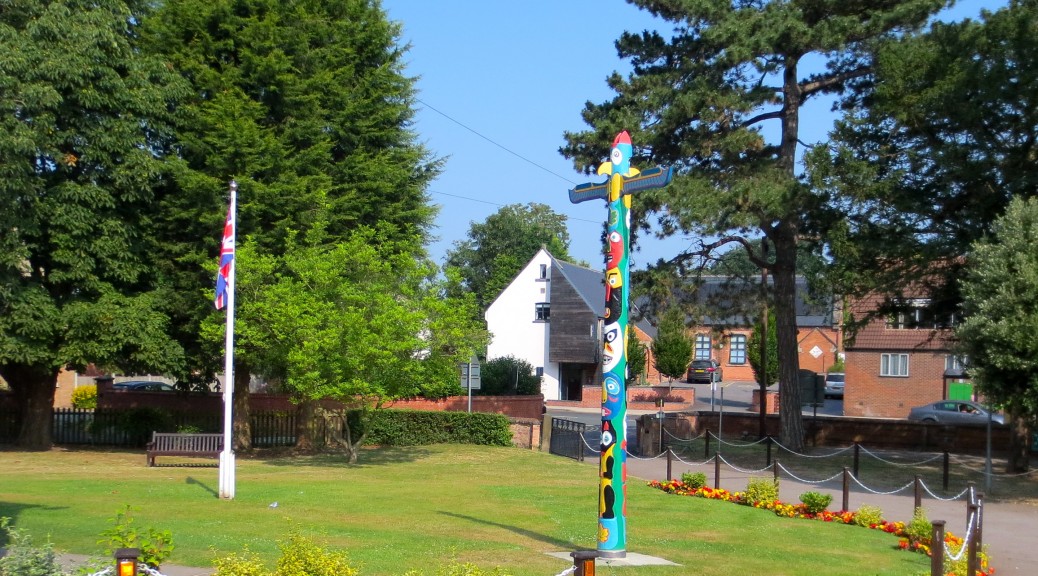 What Happened to our original Totem Poles and why has a new one turned up in the grounds of The Grange?

In the opinion of Christopher Smith, who carved the new Totem pole, the years the Canadians lived in Radcliffe represent a significant part of our recent history.

The first Candadian families arrived in 1956 when he was nine years old. He remembers thinking that he didn’t want foreigners living here and he certainly didn’t want them to attend the village school. He later realised how wrong he was, “1956 to 1963 were wonderful happy years that I will never forget. As far as I’m aware it was the first time Canadian school children had been integrated with students in another country. In other parts of the world the Canadians had their own schools.”

The Canadian government made a large financial contribution towards the cost of the new secondary school and the local economy also benefitted, from what seemed to him at the time, really well off people.

His Canadian school friends are now all in their mid to late 60’s and they still talk about their time in Radcliffe being the happiest years of their lives. Many of them have and still do, visit Radcliffe-on-Trent and one of the things they always ask about are the totem poles.

In 1963 seventeen year old Canadian student Tim Barton carved three poles for the school, the first was a small indoor pole about seven feet tall. With the help of a caretaker this one was found in a store cupboard. The two outdoor poles one of which was twenty six feet tall have both disappeared. Christopher was told they had rotted at the bottom but no one knows what happened to them.

Christopher was saddened to think that something the Canadians left us to remember them by had been allowed to disappear. So he put his neck on the block and offered to supply and carve a new pole for the village; the offer was kindly accepted by the Parish Council and it was agreed that when complete it would be erected in the grounds of The Grange.

With the help of the Parish Council groundsmen the Totem pole was installed on Friday 3rd May 2013. Many thanks to Christopher ‘Hiawatha’ Smith esq. for his donation

Supporting the people of Radcliffe on Trent

We use cookies to ensure that we give you the best experience on our website. If you continue to use this site we will assume that you are happy with it.Ok